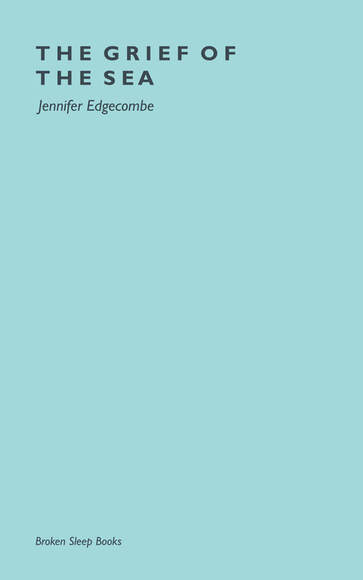 "In this perfectly formed collection of poems, Jennifer Edgecombe reflects on the connection between grief and the sea. [...] With stories of brave Cornish lifeboatmen, lighthouses, coastal towns and those we have lost, this really is a thoughtful, peaceful, and reflective read."
- RNLI Lifeboat Magazine, Summer 2021.

“Jennifer Edgecombe’s debut pamphlet, a suite of poems in and around the sea – and a beautiful object itself, in wave green and teal […]. She uses, to great effect, found ‘texts’, speech and conversation and the overheard, most notably in ‘The Penlee Lifeboat Disaster’ which is built entirely on other voices, mined from a documentary. It’s a brave, triumphant choice.”
- Declan Ryan, Caught by the River.